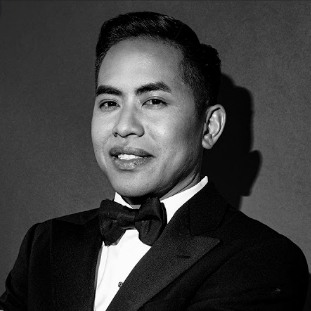 Washington Binh Ho was born in 1981 in Houston to parents of first generation Vietnamese refugees, as the second child to the family and the first son. With great admiration and expectations, he was named by his father after George Washington, the Founding Father of America. His parents, Binh and Hue Ho, fled from their home country three days after the outbreak of the War. They arrived in Arkansas first, and in Texas six months later for the warm weather and vicinity to the ocean, which was similar to the climates of their hometown. Starting with a humble beginning working at a gas station, his father became a successful banker and real estate investor, and the family lives in one of the most affluent neighborhoods, the River Oaks, in Houston. Growing up, Washington was a social person and was a football player and excelled in math, as he won multiple math competition championships. He attended private school at Second Baptist as one of the only Asian in the school; and later expelled from the school in his senior year, for his association with another Asian student who was involved in a fight, while Washington was incorrectly testified. The parents were able to find another school, Luther North private school where Washington finished his last year in high school. He was a student with top grades, holding leadership positions in a number of clubs and was the winner of State Champion Tennis Doubles Player. He also worked as a waiter in his neighborhood’s coffee and ice cream shops and as a busboy after school. In Southern Methodist University, he studied real estate and finance while doing businesses earning substantial incomes. After graduation, Washington’s entrepreneurial sense led him to successful investments and careers in banking, real estate, restaurants, in energy brokerage and consultancy, and business development. More recently, due to his childhood passion with Hollywood, Washington worked with HBO in the filming of reality TV show “House of Ho”. The show was launched in December 2020. Washington also talked about how he met his wife, his love for his family, his expectation of his children, and how he wished to inspire them and other Asian Americans.