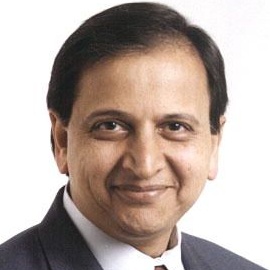 Dr. Vipul Mankad, born in 1944 in Viramgam (a town in Gujarat, India), had unique experiences growing up. His father was a respected physician, and while his family was not wealthy, they lived comfortably. While completing his medical education in India, he became particularly interested in research, which subsequently fueled his motivation to immigrate to the United States; here, he was able to further pursue his medical training and education at Cook County Hospital in Chicago, and NYU Medical Center and Cornell Medical Center in New York. As his medical career progressed, he amassed extensive experience (particularly in pediatrics) and even eventually became the Pediatric Department Chair at the University of Kentucky and the Medical Director of the Kentucky Children’s Hospital, which he founded. Currently, he is the founding president of the Global Health Science University and School of Medicine, which he hopes will provide solutions to important healthcare issues now and in the future. His family (son and grandchildren) has brought him to Houston, where he and his wife are enjoying the multicultural city.