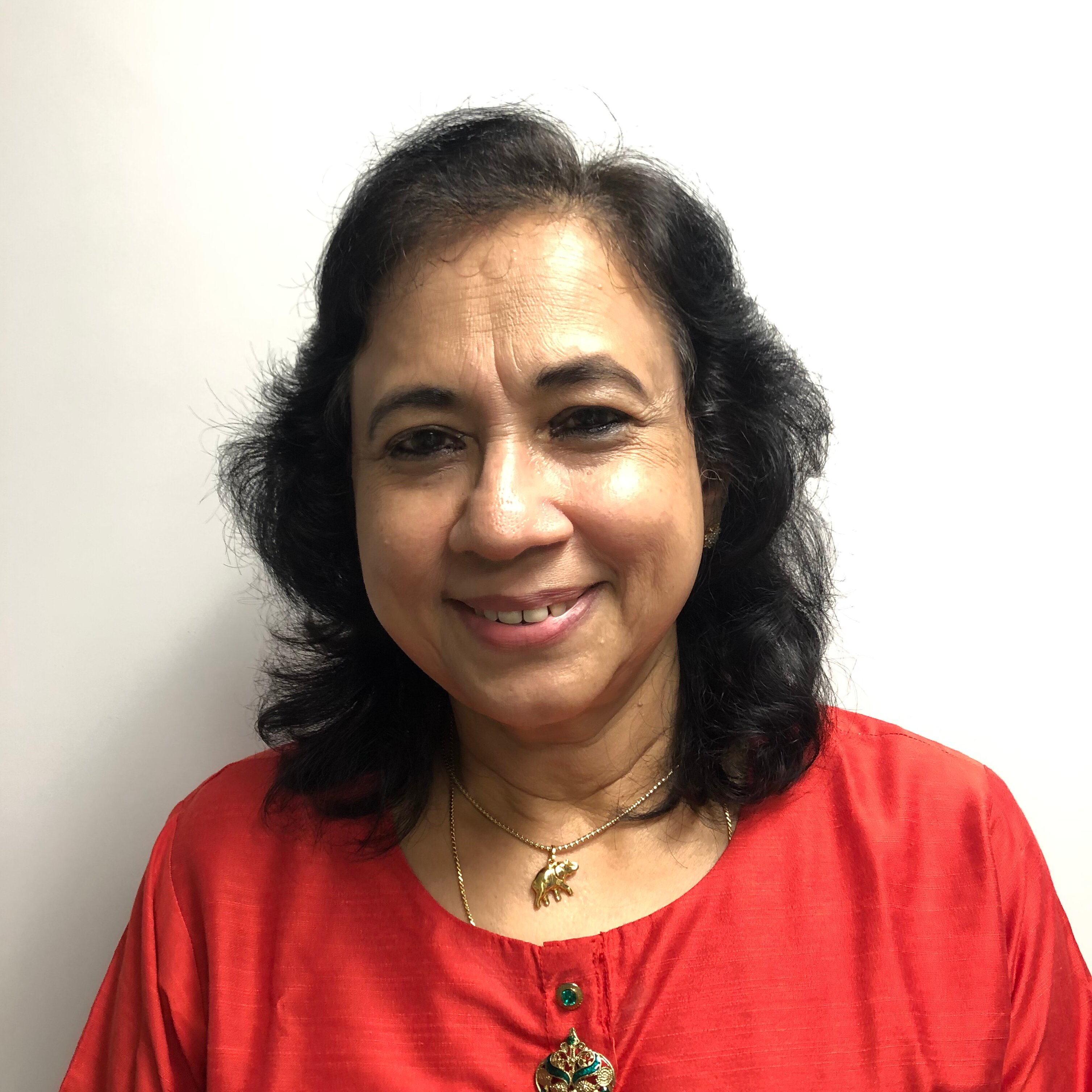 Viji Raman was born in Coimbatore, Tamil Nadu, India in 1952. After attending college and postgraduate education, Viji got married and moved to Muscat, Oman. She immigrated to the United States with her husband and young daughter in the late 60s or early 70s. She lived in Rochester, New York and then moved to Houston after her husband finished his residency.

After her children went to college, Viji began to volunteer at the Houston Crisis Center and the Houston Women’s Center as a hotline operator. Through these experiences, Viji and her friends learned about domestic abuse and how to handle crisis situations. In the early 2000s, Viji and her friends co-founded DAYA which serves as a hotline for South Asian women who deal with cultural differences surrounding domestic abuse. She served as treasurer until 2014 and has seen DAYA grown into a well-staffed and well-funded organization.