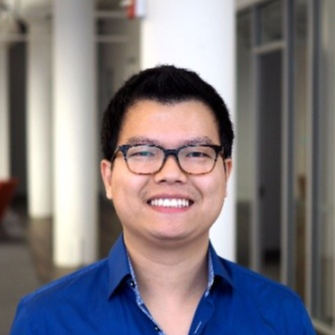 Richard Yan was born in Wuhan, China in 1984 as the elder of a pair of twins. The family of four moved to Shenzhen at the call of the Open Door Policy, as the parents pursued opportunities there. He and his brother, Robbie Yan, attended a gifted program of fast-tracked education, for which they underwent rigorous training in maths and sciences and won a number of awards in contests. The twins were awarded academic-based scholarships into the prestigious military school Culver Academies in Indiana at the age of 15, where they went through intense academic and disciplinary training. Richard and Robbie had to part for the first time as Richard went to Dartmouth and Robbie went to Stanford, before they turned 17. Richard was not fond of the fraternity culture in Dartmouth. He was part of the International Students Association, the Dartmouth Entrepreneurs Club among others. Upon graduation, Richard obtained his MBA degree at Stern Business School in NYU, and ventured into the financial industry, in particular mortgage strategies modeling (the “Strat” team at Goldman Sachs) and high frequency trading modeling at Two Sigma. Before switching to founding his own cryptocurrency startup (“Vite Labs Limited”) with two partners, he was a Finance Lead and Business Development Lead at Scratch, and Vice President at Two Sigma. Outside of his career, Richard enjoys puzzle solving; he designed and eventually sold a room escape game and company “59:59 Room Escape” located in midtown New York. He also runs two podcasts, “Chinatown 2.0” and “The Blockchain Debate Podcast” to foster intellectual conversations about Asian American identity and the future of blockchain technology and AI.