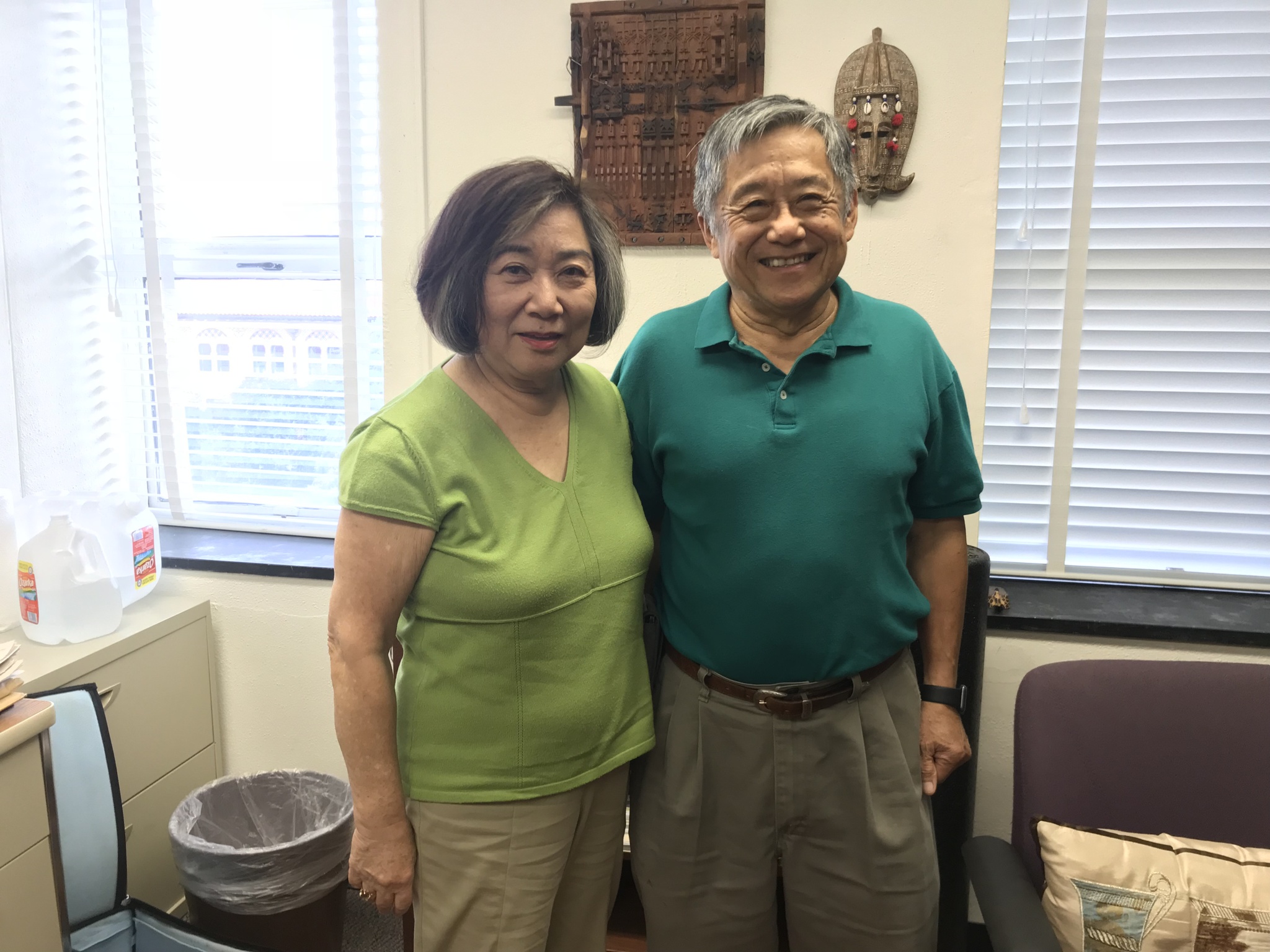 Kayo Natalie Hayashida Ong (Natalie Ong) was born in 1941 on Bainbridge Island, Washington, a small agricultural island close to Seattle. She is a third-generation Japanese-American; her grandparents immigrated from Japan to Washington in the early 1900s, and her parents grew up as berry farmers on Bainbridge Island. Natalie's family was forced to go to the Japanese internment camp in Manzanar, California, in 1942 during World War II. A portrait of her mother, Fumiko Hayashida, evacuating with Natalie in her arms, is one of the best-known photographs of the Japanese internment. They stayed for three and a half years and when they returned to Bainbridge, their family farm and house were in ruins. The family then moved to Seattle, where Natalie finished her schooling and attended the University of Washington. As a student, she met her husband Albert Ong and they moved to Houston for Al's job at NASA, soon moving again to El Lago to be closer to the Johnson Space Center. They adopted their son Gary from Korea and daughter Paula from Hong Kong. Natalie spent her time volunteering to help with her children's activities, and served as an El Lago City Council member for 12 years. Natalie continues to live and volunteer in El Lago with her husband.