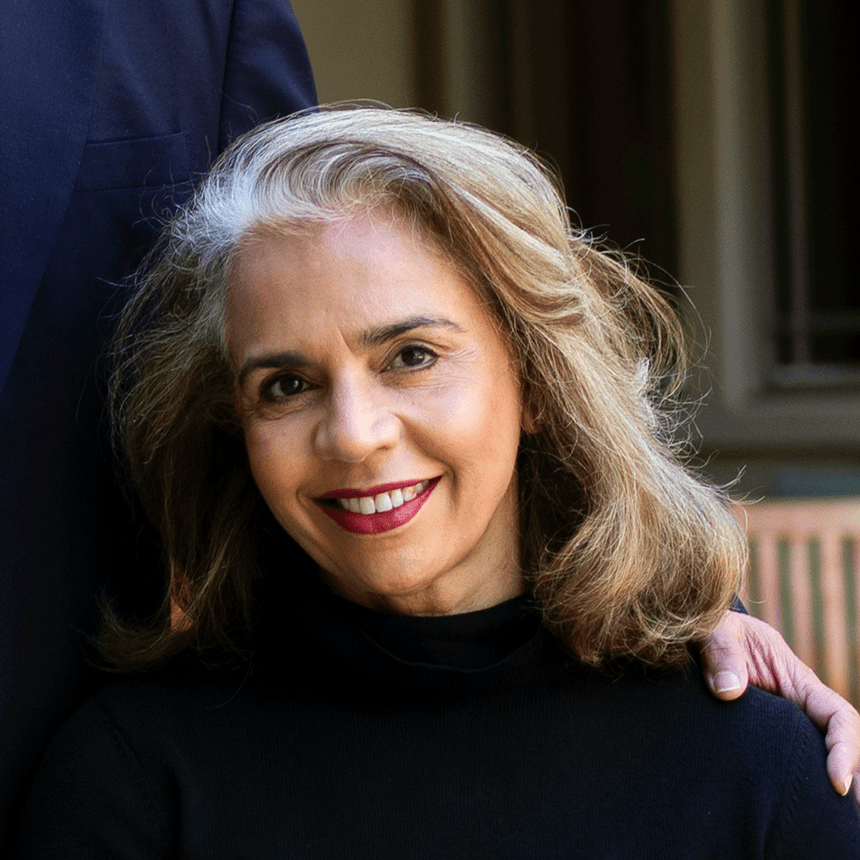 Medha Karve was born in Mumbai, India in 1957 to parents of first-generation Indian-Americans. When she was 9 years old, her father immigrated to the US as a scientist at Yale University with his family and was one of the first scientists to study moon rocks after the Apollo moon landing, after the Immigration and Naturalization Act of 1965 loosened quota-based immigration controls. With her father’s work relocations, the family moved from Connecticut, New Haven, then to Puerto Rico for 1.5 years where it was deemed unsuitable to raise children, hence to California. Medha went to UC Santa Cruz for her undergraduate degree. A liberal and “Americanized” as she admitted herself, she married the arranged marriage way after speaking with her husband, Shashank Karve, on the phone, who she ended up visiting in person; and with whom, she moved to Houston and has been here for 40 years. Along with her husband, Shashank Karve, the philanthropist couple has been supporting arts, culture and charitable initiatives around the world, including the collection of South Asian Arts in Museum of Fine Arts Houston, the MIT D-Lab (which develops practical solutions to global poverty challenge), Pratham (an India-based nonprofit that helps educate underprivileged children in India). the Jaipur Literature Festival and many others. Medha is a docent at the Museum of Fine Arts Houston (MFAH), and a strong supporter for the arts, especially South Asian Art.