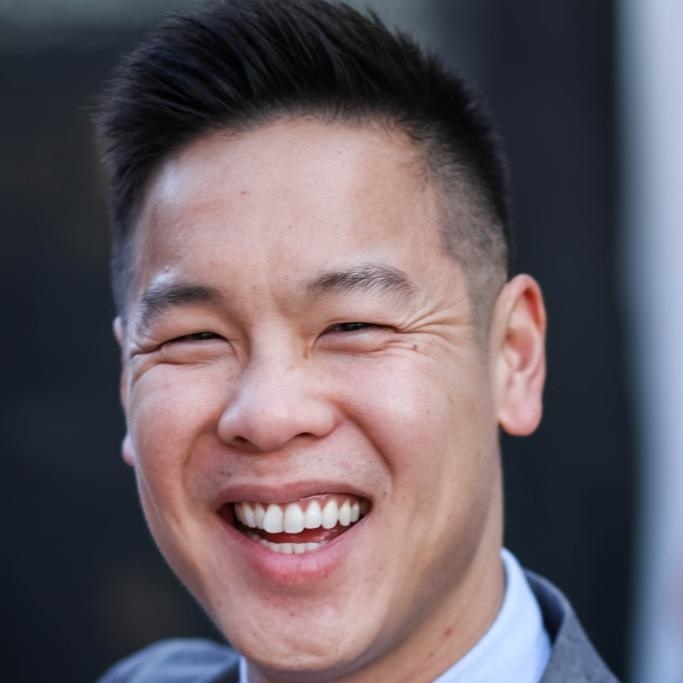 Kevin Nguyen was born in Clearlake, Texas in 1985, to Vietnamese parents who immigrated to the US during the Vietnam War. He went to elementary school in Katy, but then moved to New Jersey with his parents, and eventually back to Houston in 2010. Kevin graduated with Bachelor's degrees in Biology (Baylor University) and Health Education (University of Houston), and a Master's Degree in College Counseling and Student Development (Azusa Pacific University). Besides Texas, he lived in New Jersey, California, and a brief stint in Bangkok, Thailand as an English teacher. Kevin was brought up Catholic, and is still a man of faith and had volunteered in “Q Christian Fellowship” (formerly known as the “Gay Christian Network”) till 2016. Kevin sits on the LGBTQ Advisory Board for Mayor Sylvester Turner, and volunteers on Bunnies on the Bayou, UH (University of Houston) LGBT Resources Center, Pride Houston, among others. Among the awards he was given, there are OutSmart Magazine’s “Gayest & Greatest” 2019 Readers' Choice Award for Most Valuable Male Volunteer, and Inclusion and Advocacy Award presented by UH. He values the idea of self-discovery and improvement through education and experience and considers himself an advocate for social justice and equity for those in the LGBTQ+ and Asian community.