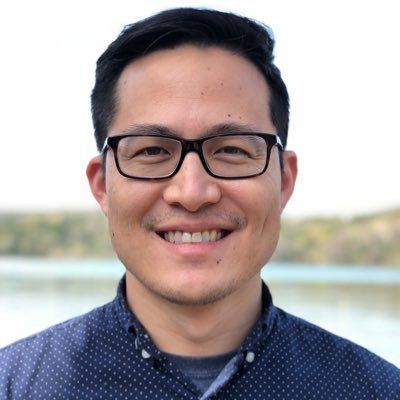 Jason Tarn was born in Houston, TX to Taiwanese immigrants. He and his older brother were raised in the Fondren and Meyerland area of Houston and both went on to study at the University of Texas at Austin. After graduating with a degree in Management Information Systems (MIS), Jason was conflicted between following his parent’s wishes and taking on a business consulting job with PricewaterhouseCoopers (PwC) or to pursue a one-year internship doing missionary work in East Asia. Unprecedentedly, the Dot-Com bubble burst in 2001 led to many hiring freezes and PwC pushed back Jason’s initial offer to the following year, which gave him the opportunity to work at Houston Chinese Church as a youth intern in the meantime. After his internship experience, he decided to fully commit to working in ministry so he turned down his awaiting PwC offer. He stayed with the HCC Youth Ministry for about four years, got married in his final year, and then moved to Vancouver, BC to attend seminary. After seminary, he became the associate pastor of a small neighborhood Baptist church in Vancouver for three years. After his daughter was born in 2011, he and his wife decided to move back to Houston, in which he returned to HCC as the English minister and then eventually the English Pastor. He currently serves as the English Pastor of HCC as well as the President of the Partnership of Asian American Churches in Texas (PAACT), an organization dedicated to bringing together pastors of different Asian American churches in Texas.