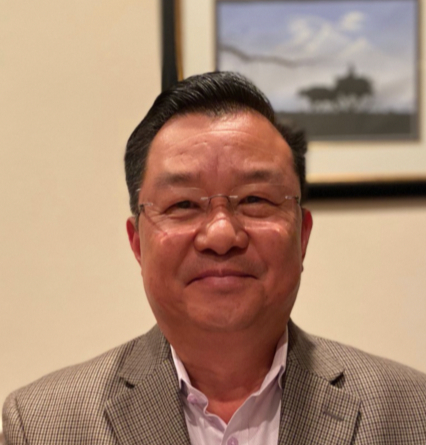 Hoang Nguyen was born in Hue, Vietnam as the eldest of 8 children. While studying business and economics in college, he was called upon to serve in the military. He served as an officer in 1972 until he was called to serve at the headquarters as chief of staff for a colonel. When the city he was stationed at was captured by North Vietnam, he escaped to Saigon by boat. Then, he was rescued by the US Seventh Fleet and was sponsored to Houston, Texas by his brother-in-law. Once in the US, he studied engineering at Texas A&M and then served in the US Army as a civilian. This brought him to work across the US to support his family. Today, he has worked at Schlumberger as a manager for the past 20 years and gives credit to his military experience for the leadership skills he uses in his career.