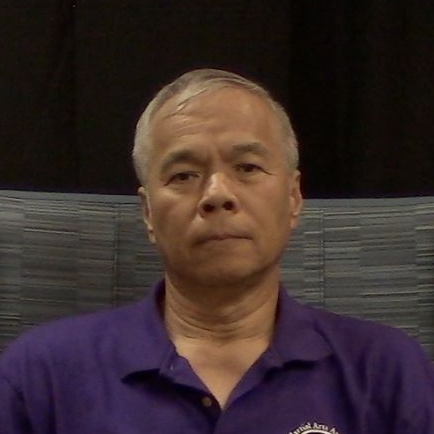 Ernie Wu was born in 1953 in Taiwan where he spent his life, graduating with a Bachelor’s degree in Physics from National Taiwan University. During his time in college, Master Ernie Wu was extremely involved with the Chinese Martial Arts Association, serving as its President in his junior year. After graduating he emigrated to Clermont, an area just outside of Orlando, Florida, for his first job in 1978. After his first job, Ernie and his wife relocated to Houston in 1982 to start their own business as owners of a dry cleaner. Currently, Ernie owns the Southwest Printing Company alongside his wife and is involved with the National Taiwan University Alumni Association in Houston, the Taiwanese Chamber of Commerce, and founded the Wu Martial Arts Association. He has been teaching kung fu, or Chinese Martial Arts, for more than 36 years and has been practicing for over 50 years. He also teaches at Rice University and hosts the World Star Chinese Martial Arts Competition in Houston annually, drawing competitors from all over Texas and the Southern region of the United States.