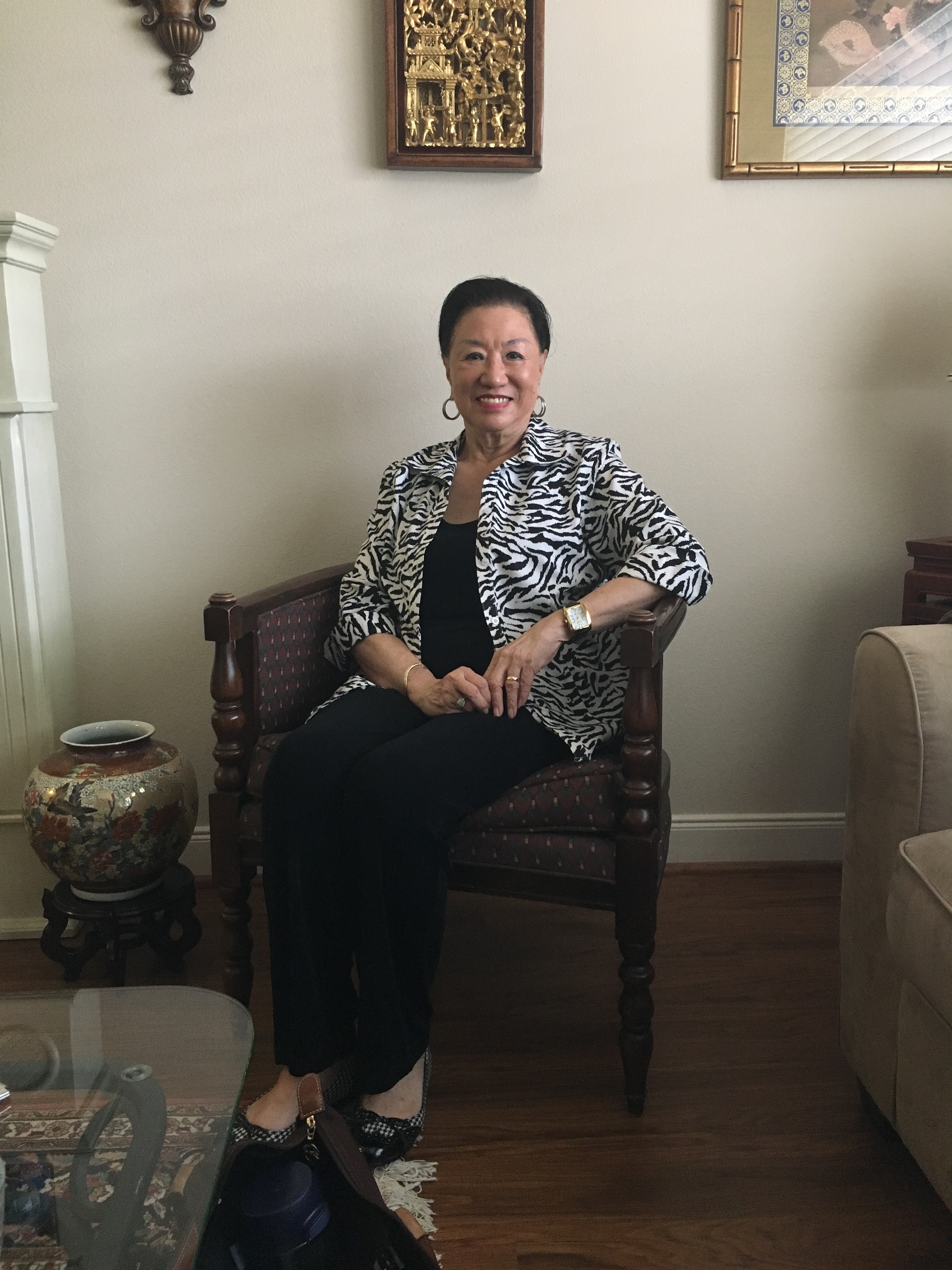 Elsie Huang was born in 1937 in Tucson, Arizona to Cantonese parents. At age 10, after both her mother and father passed away, she came to live in Houston with her older sister. She married her first husband CC Wong at 18, and adopted two children from China. In her twenties, Elsie opened two beauty salons in the Gulf Gate and Westbury areas. She eventually sold her salon to become a full-time student at the University of Houston, graduating in 1970. After graduating, she taught at the Cypress Fairbanks school district for 8 years, and was then hired as a principal in the Katy Independent School District. As principal Elsie opened Mayde Creek Elementary and worked there for 13 years. She retired at age 59 and became actively involved in the Houston Asian community, serving as president of the Asian Chamber of Commerce and as a board member in various organizations. Elsie married her current husband Merle Hall after CC passed away, and they now live together at the Buckingham retirement community.