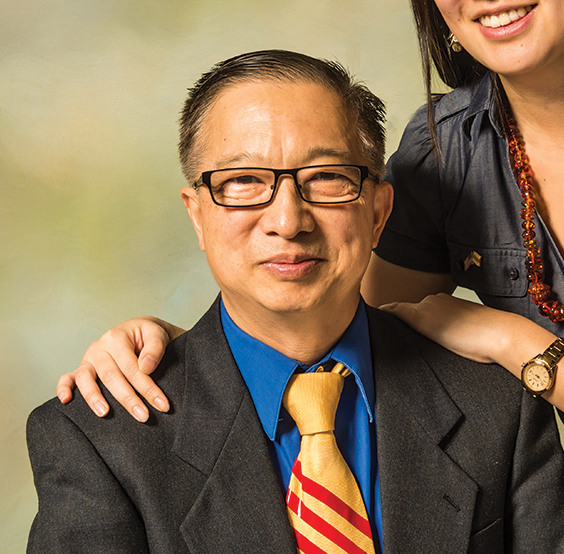 Duc Cong Dinh, born 1956, is a Vietnamese refugee who came to the United States in 1975. Fleeing by boat, he was picked up by American merchant ships and spent time in refugee camps in the Philippines, Guam, Wake Island, and Camp Pendleton in California. He learned English in the camps and was sponsored by a local businessman and took up residence in an apartment in Pomona. He worked as a dishwasher, earning less than minimum wage while continuing to support his parents and siblings back in Vietnam. He learned that his aunt and uncle lived in Houston, which motivated him to move there and begin studying at San Jacinto College and vocational school. He earned an AAS degree and became a certified auto technician, which he put to use working as a mechanic for the city of Houston from 1979 until 2005. Now retired, Dinh enjoys photography and singing in a local Vietnamese choir.