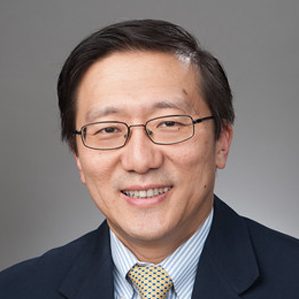 Pastor David Hsu was born in Taipei, Taiwan in 1965. He has a younger brother and younger sister and is currently married with a son and a daughter. Shortly after his father passed away, he, his mom, and his two younger siblings moved to New York City when he was 14 and stayed there briefly before moving to the Boston area. Pastor David’s family grew up in the church in Taiwan and continued to attend a small Chinese church in their town after they moved to Boston. He went on and attended Tufts University in Boston, completing his degree in electrical engineering. During college, Pastor David initially rejected the idea of joining Asian American community groups as well as any community Christian groups, however, around his junior year, his perspective shifted and he started getting involved in an Asian American Bible study group. Upon graduating, Pastor David wanted to go to graduate school but ended up working at the semiconductor company Analog Devices in Boston as a product engineer. After a year of working, he was moved to the design engineering team within the firm, but just after another year, Pastor David quit and decided to pursue seminary in Dallas. Right before graduating from seminary, Pastor David wrote a letter to Houston Chinese Church (HCC) to see if they had any summer internship opportunities. HCC told him that they did not have any availabilities, but they are about to plant a new church in west Houston called West Houston Chinese Church (WHCC) where he can intern there. He told them that he was only interested in HCC so he declined the offer and went back to help out at his home church in Boston.
Soon after WHCC started up, Pastor David was invited to speak at one of the church’s retreats. After this interaction, he was invited back to help out with the church’s youth ministry during the regular school year, where he would fly down from Dallas one weekend every month to help out. He has been serving at WHCC ever since and currently serves as the Senior Pastor of the church. Throughout the interview, Pastor David talks about the history of WHCC as well as some of the struggles he and the church have faced during the COVID-19 pandemic and the growing political sentiments within America.