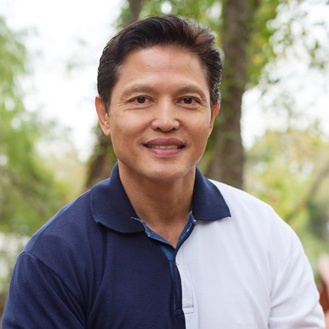 Danny Nguyen was born in Da Nang, Vietnam in 1966. His father worked as an interpreter for the Green Berets; his mother owned and operated a private pharmacy. He and his father left Vietnam for the U.S. in 1981, through 3 refugee camps in Thailand and the Philippines, before arriving in Houston in 1984. His mother and siblings joined them in the U.S. later in 1990. He attended Clements High School and worked as a bag boy in Houston. Later, he and his father moved to California to receive the rest of their family members. He graduated from La Quinta High School in California, attended 7 different colleges and universities as he moved around the U.S. working toward his education. He moved back to Houston in 1996 and worked in commercial real estate and has remained in that field ever since. In 2010, he ran for and was elected City Councilmember At Large for Missouri City. He is currently involved in many organizations such as the Vietnamese American Chamber of Commerce, Houston Association of Realtors, Certified Commercial Investment Members, etc.