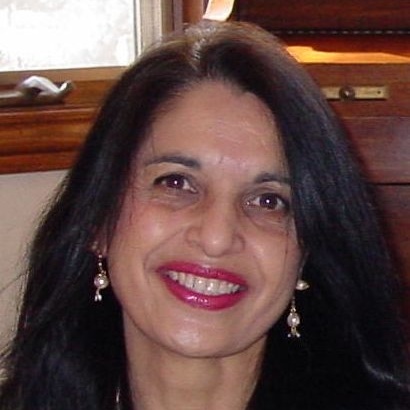 Dr. Aparna Mankad was born in a suburb of Mumbai, India, in 1946. Along with her three siblings, she spent her idyllic childhood playing with other children within their residential neighborhood, and was taught by her parents to value honesty, hard work, education, and health. As a Hindu, Dr. Mankad also grew up immersed in traditions such as Diwali and the Festival of Color. She realized early on that she was interested in medicine, so after completing the required science courses and testing during her undergraduate education, she pursued medical school for four and a half years, followed by a one-year internship. By observing the lifestyles of other medical students and doctors, Dr. Mankad determined that anesthesiology was the best path for her, both because she loves interacting closely with patients, and also because it would allow for more predictability and time to spend with her family. She immigrated to New York City in 1971 to pursue her medical education, and notes both similarities and differences between medical education in India and the US—for instance, she learned from English textbooks in both countries, but observed more advanced resources in the US, such as larger labs and libraries.

As she progressed through her career, gaining valuable hands-on experience in treating patients, Dr. Mankad also faced double discrimination, both as an Indian American, and as a woman in medicine. Male colleagues often doubted her abilities, and she was sometimes explicitly underpaid compared to her colleagues with less seniority. However, in spite of these challenges, Dr. Mankad worked hard and climbed up the ranks to occupy prestigious positions such as Director of Obstetric Anesthesiology at the University of Kentucky, Chairman of the Board of Qualitas Healthcare Solutions, and Associate Professor across various institutes. Not only was she able to accomplish a career that she feels proud of, but she also served as a pillar of support for younger residents, medical students, and doctors by guiding them on their own paths and encouraging them not to give up medicine. She finds meaning both in her own successful career, but also the success of those who she has helped along the way. Now in retirement, Dr. Mankad enjoys spending time with her husband, two married sons and four grandchildren, birdwatching, gardening, knitting, and always learning new things.