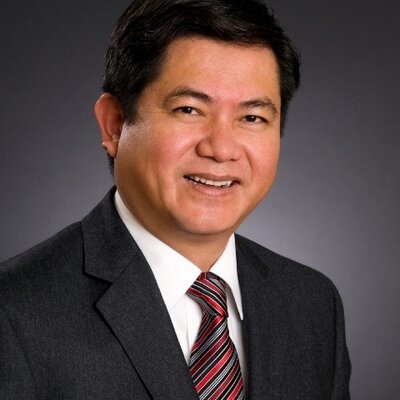 Al Hoang was born in Phan Rang, Vietnam in 1962. His father was in the South Vietnamese Army until 1975 when their family migrated to the U.S. They settled in Reading, PA, and were sponsored by a Catholic church. Al later moved to Carthage, MO to join a Vietnamese congregation, while his father moved to Houston to open up his own business. Al held several small jobs in different locations during summer break to fund his education. In 1983, he returned to Houston to enroll in the University of Houston as a Philosophy major. His family operated a grocery store. Al eventually owned and operated a liquor store, participated in an anti-communist-Vietnam organization, took trips to Vietnam, and was arrested by the Vietnamese government in 1992 (released in 1993). He then returned to the United States to continue his studies and become a lawyer. In 2007, Al Hoang was elected the President of the Vietnamese Community of Houston & Vicinities. In 2009, he was elected City Councilmember of District F for the City of Houston.